Dave Rees of BlueRail Trains reports they've sold 700+ bluetooth loco control boards. Dave's press release also hints that he has a new product in the works that's the "best train control technology I can imagine" and will "make a lot of people happy". Stay tuned. 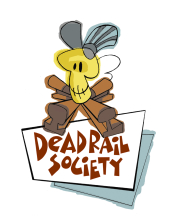 The field of smaller scale Dead Rail is relatively new, but the list of manufacturers and supplies is growing rapidly. Some of the most recent are not DCC compatible. Please let us know your experiences with any of these systems and any others. Here is the latest list: 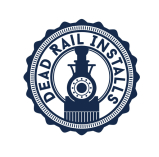 Tam Valley Depot is a prime supplier of Dead Rail™ electronics; its products are distributed exclusively in North America by Dead Rail Installs.
TVD allows the hobbyist to use his existing DCC electronics, adding batteries and radio controls, instead of having to start from scratch. TVD supplies miniaturized transmitters, receivers, and related electronics, while also providing advice on batteries, switches, etc. TVD has released a new high power receiver that is capable of handling up to 18 volts and 5 amps.

CVP Products' Airwire line of model railroad battery/radio control equipment is well known among large scale modelers. Airwire is widely used with garden railroads where track corrosion is a never-ending problem. More recently, CVP has come up with its COVRTR receiver which is suitable for O, On30, and HO. 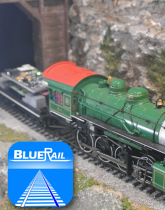 Blue Rail Trains sells circuit boards for Bluetooth control of locomotives from smartphones. Battery operation is provided for, as well as wireless firmware updates, and an expansion port (for future sound add-ons). BlueRail is also the OEM Bachmann's line of EZ-App trains. They have a YouTube page with dozens of videos showing how BlueRail works to control locos, produce sound, and even control accessories. Also a User Showcase with detailed photos of modelers' installations and experiences.  Model Railroad Digest has an, informative interview with David Rees, BlueRail's founder. The March 2016 issue of Model Railroad Hobbyist has another interview with Rees, giving further details on BlueRail's system. They have been twice featured in Model Railroader as up and coming. Circuit boards are certified for sale in the US, Canada, EU, UK, Australia, New Zealand (as well as Korea, Taiwan, Singapore, Hong Kong and Vietnam). Bluerail has 700+ users (plus thousands of EZ App users). BlueRail is in co-development on a next generation product. 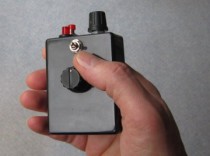 Del Tang, a UK manufacturer of radio control system for boats, planes, cars, has a popular version for trains. Small and inexpensive, not DCC but they do control speed, direction, and lights -- rumors of sound in the works. Del Tang is an easy, popular first step to Dead Rail. Here are a couple of interesting YouTube videos showing Del Tang installations in different scales: Ge Rik's garden railway and Steve Sherrill. And another.

Neil Stanton invented his own Stanton S-Cab Dead Rail™ system a few years ago and is now one of the major suppliers. He markets transmitters, receivers, and his innovative 'BPS' Battery Power Supply that can both charge batteries from the rails as well as scale battery voltages up to loco-powering levels.

Model Rectifier Corporation features the Loco Genie, a wireless train control system that is easily adapted to battery power. Both steam and diesel sounds are offered.

NCE has entered the Dead Rail business with a NO-SOUND decoder that is compatible with Tam Valley, CVP, and Stanton transmitters. Link to manual below.

On a web page and couple of YouTube videos (found here and here), Bachmann announced a new line of model trains using Bluetooth control and smartphone apps, to be released in Spring or Summer 2015.  The new line is called EZ-App Wireless Train Control. It is being developed in collaboration with Blue Rail Trains. Track power is required but this development is interesting for possible future Dead Rail™ applications. Still in the vaporware stage, but we will provide updates as they appear.